Physics is probably the subject that JEE aspirants love the most because it is more towards the application part than just reading theory. However, even the best students struggle with Physics initially, primarily because they are not used to problem solving.

JEE Physics starts with Mechanics which includes a bunch of chapters which need a good knowledge of calculus and excellent analysis and problem solving skills. In this blog, we will discuss ways to tackle the Mechanics portion in JEE Physics.

Mechanics starts with the very introductory chapter on Kinematics. Kinematics needs a crucial understanding of the definitions of the terms – velocity, speed, acceleration, retardation, etc. Students should thoroughly understand the definitions and then apply them to the problems. It would be an ultimate waste of time to start solving problems without adequate read of the theory. Also, students should solve a large number of problems to gain a firm command. A knowledge of calculus will help you understand this chapter better. 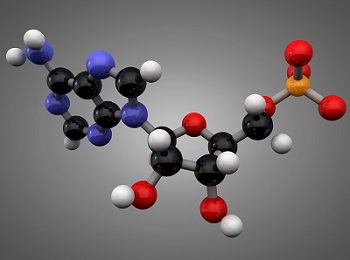 Next comes rotational mechanics, probably the most important chapter in JEE Physics, with a huge weightage in JEE paper every year. This chapter has a large number of associated terms and definitions and ideas. Students must make sure that they read ample of theory before jumping on to the problems. This chapter will test your real understanding of the previous chapters and you will surely be solving rotational mechanics questions which involve application of the laws of motion, the work energy theorem as well as the law of conservation of linear momentum.

The last important chapter in (pure) mechanics is the chapter on SHM. This chapter is usually considered simple and students who have a good grasp on the previous chapters will find SHM especially easy. The key to this chapter is to apply Netwon's laws of motion and work energy theorey along with a bit of calculus to find the time period of a simple harmonic motion.

It is important to read theory before you jump in to solve problems, and this holds for not just mechanics, but all of physics. Having said that, it is worthwile to mention that if you feel that you are not able to get the problems even after reading theory, then you should read more solved examples. The book Halliday, Resnick, Walker Physics For Jee (Main & Advanced) Vol 1 & 2 by Amit Gupta contains ample of theory and a good number of solved examples that will help you to learn mechanics at your own pace.